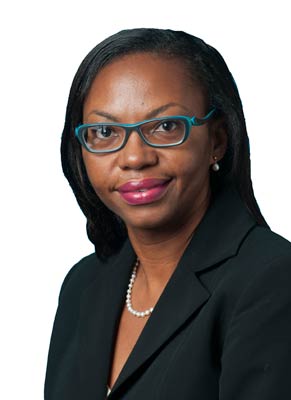 A native of Trinidad & Tobago, Laverne is now an associate in our property department, having formerly worked in the corporate department. Her special focus is on wills and estates, and she holds a Certificate in International Trust Management. She joined the firm in 2006.

Before joining the firm, she gained work experience in Barbados in the Attorney General’s Office, the Solicitor General’s Chambers and at the Supreme Court Registry.

Laverne graduated with an LL.B (Hons.) from the University of the West Indies, Cave Hill, in 2004. She then earned her Legal Education Certificate at the Hugh Wooding Law School in Trinidad and Tobago in 2006, and was called to the Bar in both Trinidad & Tobago and Barbados that same year

The Barbados Bar Association
The Law Association of Trinidad and Tobago