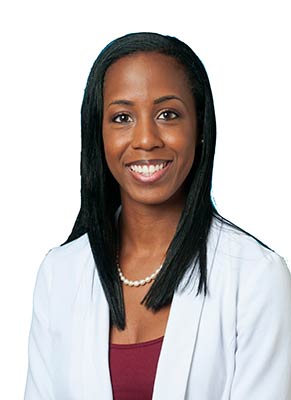 Olivia is an associate in our commercial department, where she practices in the areas of corporate financing, mergers and acquisitions, blockchain and FinTech, securities law, e-commerce, data protection, privacy and sports and entertainment. She joined the firm in 2013, having been admitted to the Bar in Barbados the same year.

Olivia graduated from the University of the West Indies, Cave Hill Campus, with an LL.B (Hons.) in 2011. In 2013, she obtained a Legal Education Certificate of Merit from the Hugh Wooding Law School in Trinidad & Tobago. While at Hugh Wooding, she was included on the Principal’s Roll of Honour and received several academic awards including the Council of Legal Education Prize for Most Outstanding Year I Student and the Chairman’s Prize. In 2013 she was also awarded Barbados Bar Association Prize for Best Performance by a student from Barbados.

Since then, Olivia has delivered papers on Barbados merger control and regulation and tutors Company Law at the University of the West Indies, Cave Hill Campus. Olivia also acted in the first appeal by a Barbadian professional athlete to the Court of Arbitration for Sport, Luasanne, Switzerland, which was partially upheld.

Outside of the firm, Olivia is a director of the Substance Abuse Foundation, a registered charity established to fight the harmful impact of illicit drugs on individuals and which operates two treatment centres in Barbados.