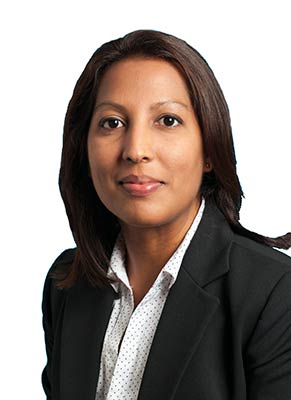 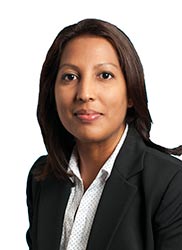 Sharmila is an associate in our corporate department, where her areas of focus include mergers and acquisitions, corporate services and international financial services. She joined the firm in 2016, having been admitted to the Bar in Barbados that same year.

Before joining the firm, Sharmila worked in her native Trinidad & Tobago as a legal officer in the Legislative Department of the Ministry of the Attorney General and further served as Crown Counsel at the Department of Public Prosecution and Legislative Drafting Department respectively, in Belize.